The Mags Chronicles – A Series 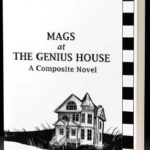 Many millennia ago, our ancestors shared space on the planet with three equally advanced hominid species:  homo Neanderthalensis, homo Floresiensis, and homo Boskopis.  One by one, the other three hominid clans “staged” their own extinctions so they could live in peace, far away from those contentiously warlike homo Sapiens (i.e., us).

Since then, hiding out in remote areas of the planet, the other three peoples have followed divergent evolutionary paths while developing physical and mental capabilities that far surpass ours.  Now, threatened by the destruction of the planetary biosphere upon which all life depends for survival, those hominids have come out of hiding.

And they have a plan.

Mags at The Genius House

Teams of supposedly extinct hominids have been dispatched around the globe in order to launch their plan to save the biosphere.  One such team is encamped at the Genius House in Ponce Inlet, Florida, living with the family of Mags’ young friend Sterling Silver Buck.

When Sterling asks Mags to write a book about the family, Mags takes the bait.  She has to visit the Genius House, of course, an old beachfront mansion that’s reputed to be haunted.  And she has to meet the “family”:  Sterling’s brilliant but eccentric siblings, some mysteriously long-lived relatives, and a distinctly odd-looking cadre of tutors.

Before long Mags knows she’s in over her head, that nothing could have prepared her for the other-worldly revelations and adventures that come her way.